Pumpkins are simply a uniquely identifiable type of winter squash, indigenous to America, and now a globally recognized symbol of autumn. The flavors of winter squash can vary from relatively bland to rich and buttery. They can also take on vegetal qualities similar to summer squashes, such as zucchini. Pureed or roasted, they provide a wonderful canvas for experimentation and are one of the few foods that we enjoy in America equally in savory and sweet preparations. In the spirit of experimentation, the following are few approaches we’ve enjoyed so far this autumn.

Pumpkin Squash Soup
Our garden provided an abundance of pumpkins, ripening into their characteristic oranges just as the weather turned cold. We decided to supplement the home-grown pumpkins with a couple winter squash varietals, Butternut and Golden Nugget from the Wisconsin Co-op. 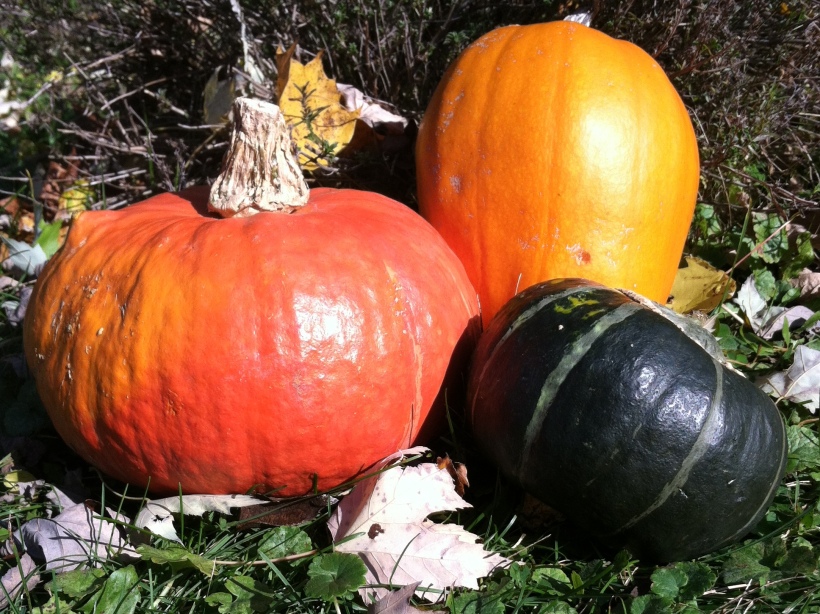 After splitting the squash, we removed the seeds, and then oven-roasted them skin side up, adding a cup of water and ¼ cup of maple syrup to the roasting pan. When the squash were tender, they were allowed to cool and scraped out of the skins. In a large stock-pot, we combined the squash flesh with 2 cups of chicken broth, the pan liquids, and then pureed smooth with a hand blender. We added almond milk to add a bit of sweetness and achieve a lighter soup. Seasonings included a lovely mix from Penzey’s Spices called BBQ 3001, which includes paprika, mustard, ginger, cinnamon and other spices and then added an additional bit of smoked black pepper. We topped each bowl with candied pumpkin seeds, with the same seasonings, to add a bit of textural contrast. A rich and warming opening to a late season meal.

Pumpkin Pierogi
A recent lunch at La Merenda in Milwaukee, WI, featured a number of innovative small plate offerings. Chef Peter Sandroni has long done a wonderful job with the global fusion approach to small plate dining, and we applaud his efforts to showcase local farm products. A recent offering fits solidly in our description of Great Lakes Cuisine – an innovative adaptation of a local, ethnic tradition featuring local, seasonal products. Pierogis are a traditional Eastern European dish, brought to the Great Lakes region with the wave of immigrants in the late 1800s, typically made with a picture of potatoes, cabbage, and ground meats in an unleavened dough wrapped dumpling.

Pumpkin Cupcake
The pumpkins in the garden were the choice of my daughter, and the pumpkin cupcakes were hers as well. She baked dense, moist cupcakes and then topped them with a salted caramel butter cream frosting. The home-made caramel was just slightly over-cooked, which added just a hint of bitterness. It turned out to be a happy accident, the caramel added additional complexity and interest to a frosting that otherwise would have been too sweet. Just a few crystals of sea salt on top was the perfect touch.

Pumpkin Pancakes
A bit of leftover pumpkin puree made its way into pancakes the next morning for breakfast. We still had apple butter left from a previous harvest feast and combined 2 parts to 1 with the home-made caramel – Caramel Apple Butter. A perfect way to start an autumn week-end. A perfect example of Great Lakes Cuisine. 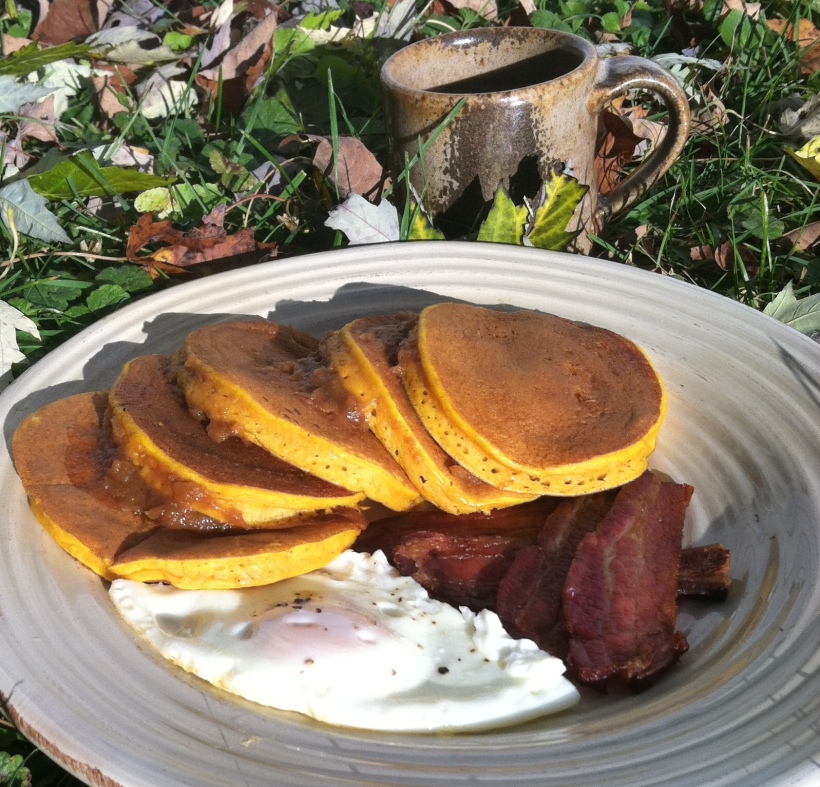