Due to a fortuitous turn of events, we found ourselves with an overabundance of beautiful, Wisconsin cheeses. A quick consult of the composed cheese courses Thomas Keller’s French Laundry Cookbook provided inspiration as well as past courses created with my good friend, Tom. In sequence of how they were served, here they are: 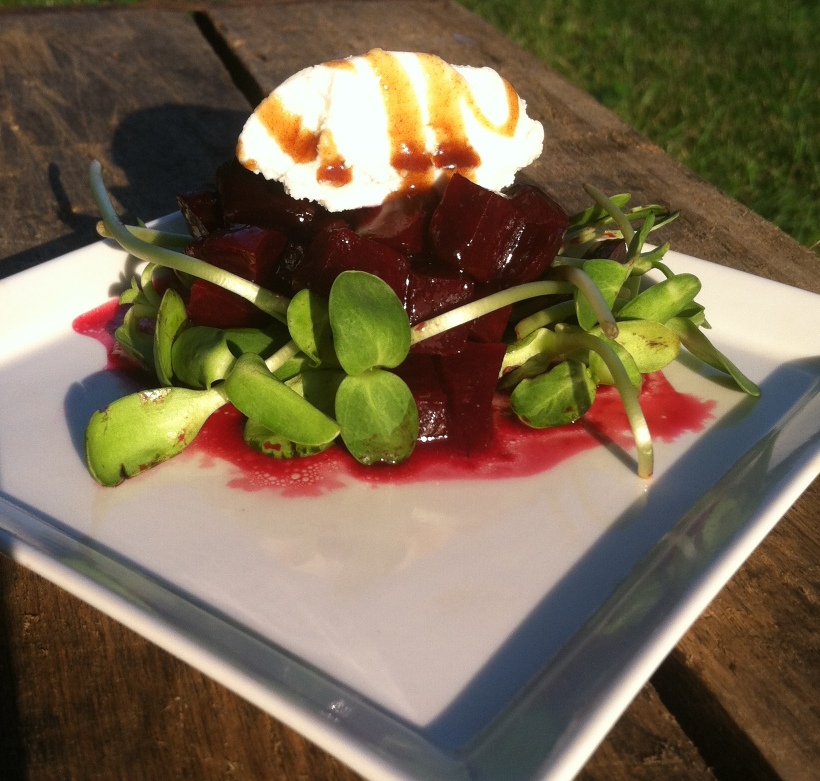 Farmers’ market shredded carrots over a golden raisin puree with Saxony Alpine Style from Saxon Creamery, inspired by a recipe from Thomas Keller. 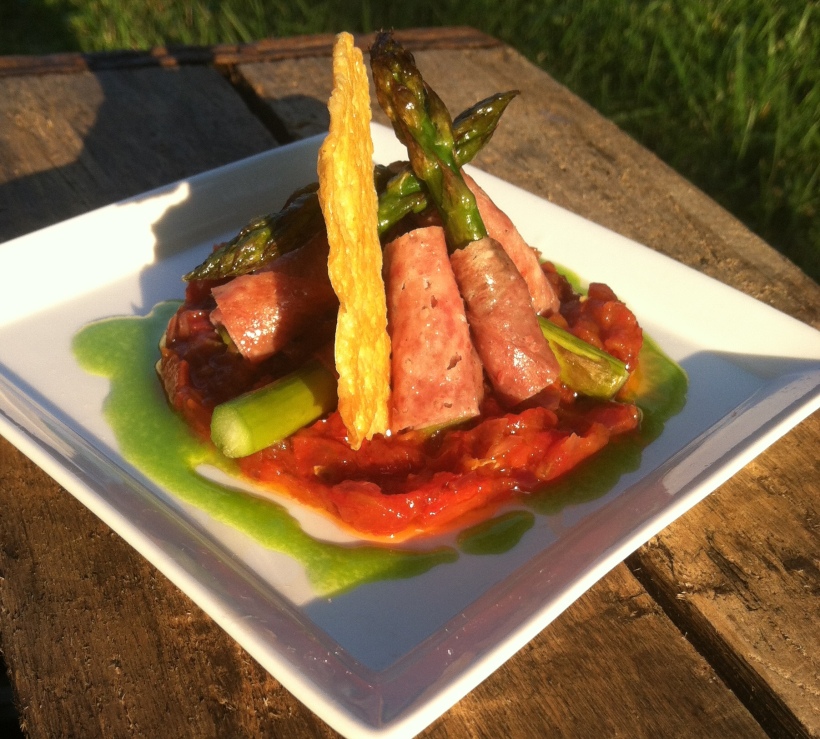 Stuffed and grill-smoked Cremini mushrooms on micro-greens with Great Midwest Morel & Leek Jack cheese. We served the greens dressed with a play on warm bacon dressing – We used our bacon-wash technique on the vinegar to transfer the bacon flavor and then make a standard olive oil vinaigrette with crumbles of bacon added. 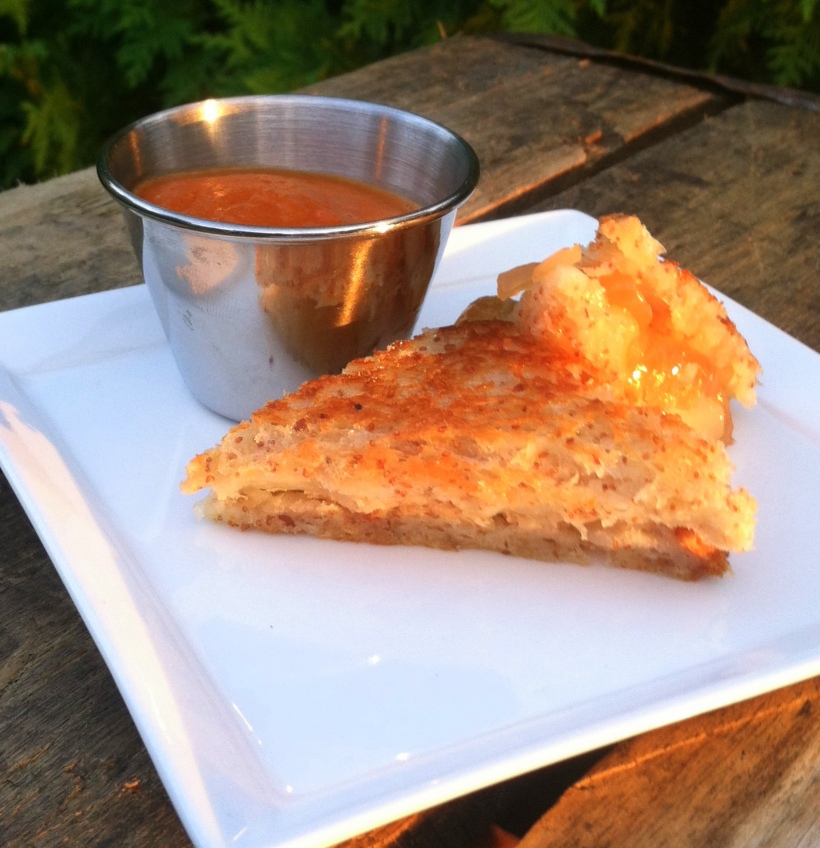 Grilled cheese with goat cheddar from Carr Valley and caramelized onions with a tomato “soup”, which was a puree of oven-roasted tomatoes and red onions. Tom and I have made a version of this in the past, though that past version benefited from an amazing onion and fennel jam Tom had created.

“Au gratin” potatoes – thin sliced Yukon gold potatoes were stacked with a blend of shredded Carr Valley Mobay and Menage between each slice, then oven roasted until crisp. The oils released in cooking were used to wilt arugula, used as the bed of the dish. Topped with a poached egg, the dish is then topped with another strip of Mobay. 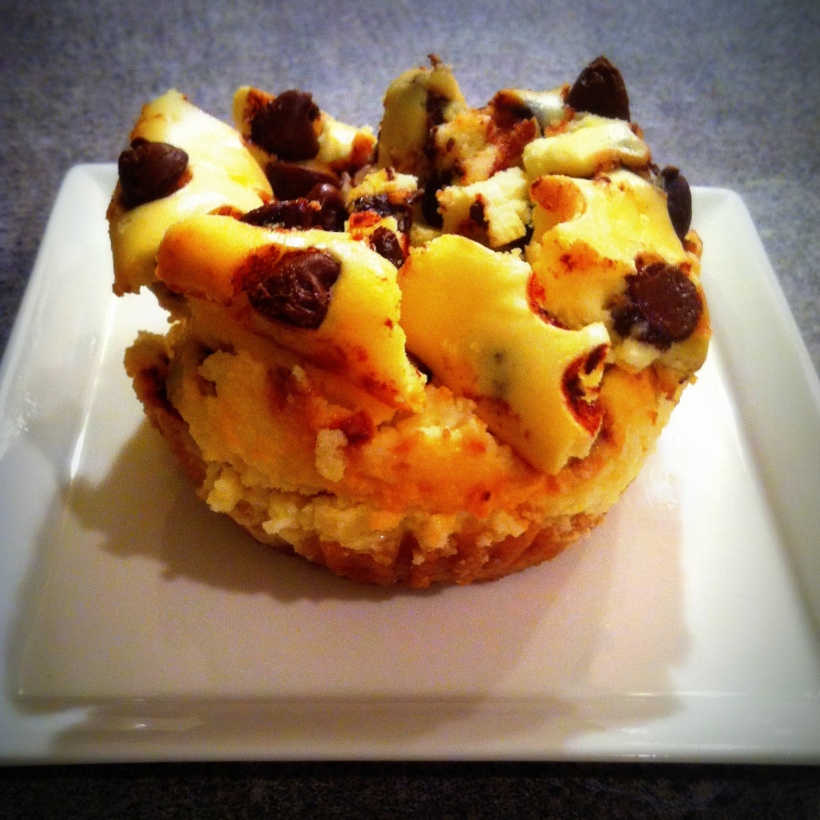 We finished the meal with individual chocolate chip cheese cakes, courtesy of my daughter.

One thought on “A Celebration of Wisconsin Cheeses”